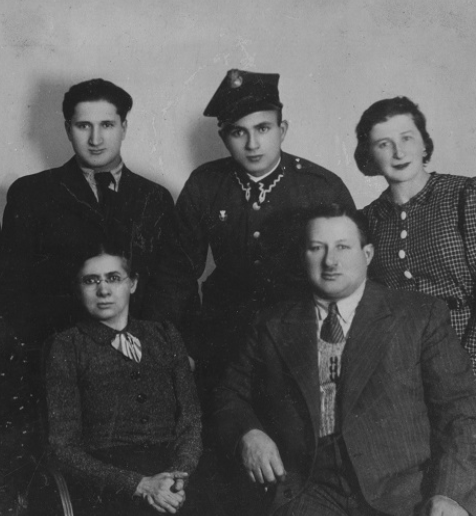 Noah Lewin was born in Vilna, Poland, in 1916. Lewin was an asset to his community, with a wife and a job at the local fur processing plant. When the Germans invaded in 1941, all former stability was swept aside. He continued to work at the fur factory, “earning him the right to live in worker’s barracks instead of the main ghetto.” In 1942, he took part in Abba Kovner’s Jewish underground, the FPO.

When 1943 came along, dramatic changes were made in Noah’s life. Amidst rumors of liquidation, his wife gave birth to a son and a few months later, the unsuccessful Vilna uprising was launched. With the FPO’s defeat in Vilna, Noah was ready to escape into the forests. His wife on the other hand refused to leave her parents. Noah and his wife had to hide their newborn son with a gentile family. He had to leave his wife, and “took to the sewers with the rest of Kovner’s guerrilla force and melted into the woods, setting up a base in Radnicka Puscja.”

As time passed, “the Kovner camp would evolve into a makeshift shtetl.” As a partisan “Noah became versed in the arts of sabotage, cutting down telegraph wires, taking apart railroad tracks, mining roads, and conducting sniper attacks against German forces.”

By the year 1944, the war on the eastern front came to an end and the liberated Kovner group dispersed. When Noah returned to Vilna, he found and reunited with his son. Later he found out that his wife had died in the camps. He remained there for a year and ended up marrying. He then fled the Soviet Union and crossed into West Germany. Noah and his family went to Israel, and stayed there for eight years. He immigrated to America and passed away in 2011.

Dora Oltulski was born in Zgorany, Poland. Being the youngest in her family, Dora was in school when the Germans invaded.

She lived in the Luboml ghetto for a year working in a canning factory outside the ghetto. When Dora started hearing rumors that the Germans were planning to liquidate the ghetto, she decided to stay overnight at the factory instead of returning.

For another year, her and her family hid with a Gentile farmer. Soon, she joined her sister and brother-in-law in the forests. In the partisans, Dora worked as a nurse.

During the time spent in the forest, “some young women paired themselves off with partisan captains for protection and privileges.” Dora, being “fiercely independent”, resisted the advances of any man who approached her in the camp.

As the war continued, the front lines drew closer and closer to the forests around Luboml. With threats from the Germans, the unit decided their only hope was to cross the front and meet the advancing Russian army. During this, Dora’s mother and one of her sisters were killed.

After reaching the Russians and being liberated, Dora and the rest of her family returned to Luboml, where they stayed until the end of the war. She ended up in a displaced persons camp in Germany. There, she got married and a year later gave birth to her first son in the camp. The family immigrated to America in 1949, settling in New Jersey, where they still live today. 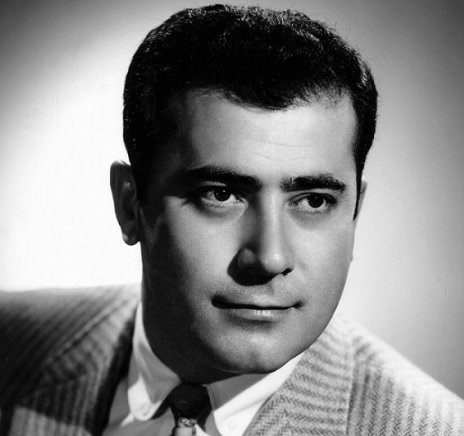 Alexander White was born in 1925 in a small town split between Czechoslovakia and Hungary. Beginning in the 1930s, “unjust laws targeting Jews were instituted in Alexander’s small town, and his father lost his job.” When he was 15, food supplies started to become scarce, and Alexander left his family and fled to Budapest.

In Budapest, Alexander hid his Jewish identity for a long time. He was then captured in a movie house raided by the SS.

He was to a forced labor camp in a mine in Serbia. When he tried to escape to the mountains, he was captured by the Yugoslavian partisans. Alexander had to prove to the partisans that he was not a German spy.

Because he was an excellent marksman and able to speak several languages, Alexander “climbed the ranks of the Yugoslavian partisan unit, quickly becoming a commander.” In charge of 69 men, Alexander and his unit searched local villages for Germans hiding in them.

Alexander and his men received important information that helped them ambush German troops. “The local population often assisted Alexander’s unit, as many disliked the presence of German soldiers in their village. Alexander’s group would also shoot at German scouts sent to test the safety of the mountainous highways of the region. By intimidating the Germans into thinking there were guards protecting the highway, the unit prevented further German infiltration into the area.”

Alexander remained with the Yugoslavian partisans for a year and returned to Budapest after liberation. When he returned, he found out that his family, including his parents, a brother and four sisters had died in the Holocaust. Alexander moved to the United States and settled in the Los Angeles area.

In 1941, the small Polish town of Luboml fell under German occupation following Germany’s attack on the Soviet Union. Among the 8,000 Jews in Luboml was 16-year-old Sonia Orbuch, born Sarah Shainwald. Sarah would change her name later to conceal her Jewish identity so she could join a non-Jewish partisan unit.

In 1941, the town that Sonia Orbuch grew up in, Luboml, was occupied by the Germans. People started to become notified about the Germans killing Jews in the ghetto.

Sonia’s brother and friends had the opportunity to escape and join a partisan group. This group only accepted young med so Sonia and her parents had to try and survive in the forest. They survived in freezing temperatures for months.

Sonia and her family came in contact with a battalion of Russian partisans through the help of a peasant. The Russians accepted the entire family into their group. With little training, Sonia learned the skills of a field-hospital aide, treating the wounds of injured partisans, using whatever makeshift supplies were available.

In 1944, Sonia and her parents faced the decision of either leaving the partisans or joining the Red Army. They decided to leave the partisans and took refuge in an abandoned house.

After the war, Sonia married Isaac Orbuch. Sonia moved to Northern California and now has two children and one grandchild.

Leila Greige is a senior at Malden High. Greige is Editor in Chief of Print and has been a part of the Blue and Gold Newspaper throughout all four years of high school. She is looking forward to working in depth on the paper and coming up with new strategies to incorporate time management. Her role model is her best friend Anna Powers who is also Editor in Chief of Print. Greige loves to read and write on her spare time and her favorite book is “The Lovely Bones” by Alice Sebold. Greige also goes to the gym and plays sports like soccer and lacrosse in her free time after school. After high school, Greige is interested and plans on going to a four year college in New York and still isn’t sure what she wants to do yet, but wishes to take part in working with children with disabilities. View all posts by Leila Greige