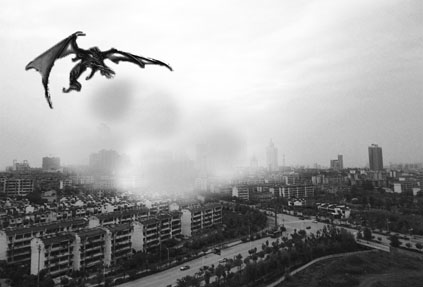 For years China has dealt with high levels of pollution in some of their cities such as Beijing, Linfen, and Urumqi. The pollution has reached an all-time high when the smog over China went 20 times over the safe level. People are wearing masks daily because they’re becoming more and more concerned with the quality of the air. China’s Prime Minister Li Keqiang says that they will, ”declare war on pollution” and try to reduce levels of smog in areas near Beijing. Smog has become so thick that it is hard to see buildings anymore.

On October 19th, around 30,000 runners gathered in Beijing to run the 34th annual Beijing International marathon. That day, the smog covering Beijing was hazardous to human health. The marathon could not be cancelled because many people came from distant countries to participate in this race. To protect themselves, the runners were forced to wear protective gas masks. Many runners dropped out of the race because they were concerned for their health as well as others. After the race, over 40,000 sponges were handed out to people whose skin had been exposed to the air.

The prime minister of China has made it his top priority to defeat the country’s environmental crisis. Most of the country’s pollution comes from factories that burn coal in order to generate electricity. Mr. Li has promised that 50 thousand small coal furnaces will be shut down and 6 million high-emission cars will be taken off the roads by next year. China is also the place where most of the world’s steel is smelted has also caused large quantities of pollution to be released. The prime minister has also promised that they will cut 27 million tons of steelmaking capacity this year. So for there is no sign that China has reduced the footprint that it’s steel industry has created.

China has suffered through a thick haze of smog which has caused visibility and health problems. All of this pollution has been pushed to 20 times over what the World Health Organization deems as safe. Around Beijing, concentrations of pollutant particles called PM2.5 have reached over 500 micrograms per cubic meter. WHO considers the healthy limit to be 25 per cubic meter. If levels of PM2.5 are between 301 and 500, they are considered hazardous and can cause many respiratory issues. These particles are dangerous because they lodge themselves deep inside the lungs. This is why people who must go outside should be wearing a gas mask or they’ll breathe in the harmful particles.

The smog get more intense around the fall and winter times because cold, heavy air traps pollution near the surface. People are flying in bags of fresh air to China to help the citizens of China breathe. The PM2.5 particles are so tiny yet very toxic to human health. Something must happen about the copious amounts of pollution being produced by factories and coal furnaces. We hope that what the prime minister promises to occur by 2015 is true and pollution decreases and life can return to normal.