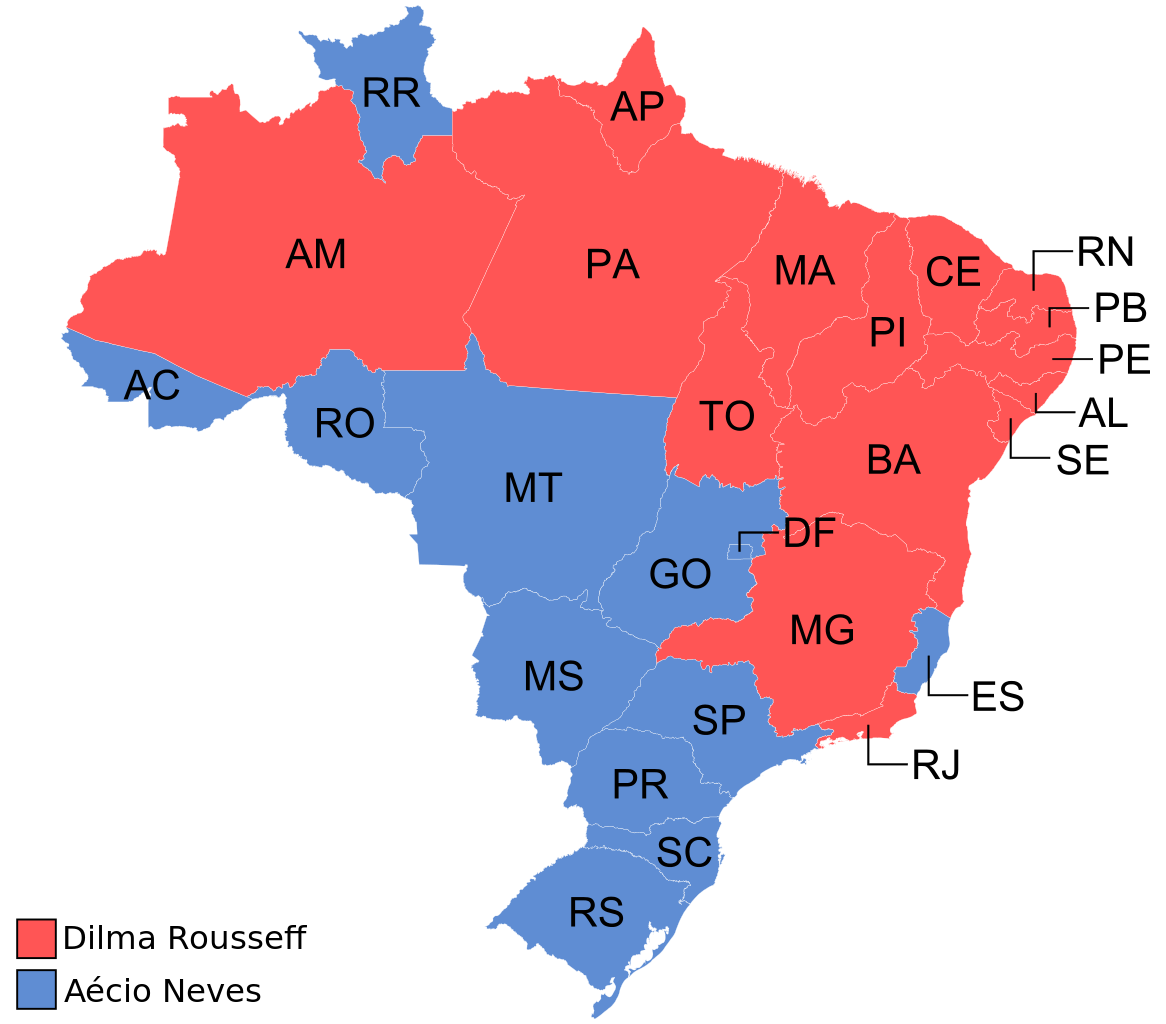 Dilma Rousseff was re-elected as president of Brazil after a runoff election on October 26th, 2014. Rousseff had 51.59% of the votes, beating Aécio Neves who had 48.41% of the votes.

After all the heated debates and false accusations between the parties, the wait for the Brazil is finally over. Many voters were nervous to see the outcome of the runoff. The president, who is apart of the Working Party, has been known for her efforts over the years to bring Brazil out of poverty and keep the number of unemployed people low. There are many who say Rousseff has changed their lives financially, but others feel very differently. The economic struggle may be a short term problem if Rousseff is able to reform and restructure the economy during her second term. Brazilians had been on the edge of their seats to see who would be elected as their next president, and are now anxious to see if their President will be able to turn things around. Rousseff has been criticized for her belief in states controlling economy, and especially because Brazil slipped into a recession earlier this year. Some voters say they did not support Rousseff, but voted for her anyways because Neves would have been even worse at the job.

Is Baseball Dying in America?