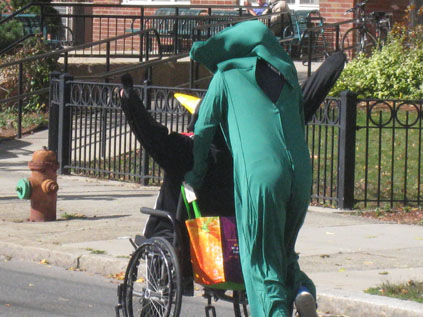 Friends of Oak Grove Inc. (FOOGI) is a non-profit organization dedicated to improving “the community bounded by Oak Grove and West End” as well as inspiring positive change across Malden both directly, through many of their Initiatives, focused on improving their local neighborhood, and indirectly, through events such as the FOOGI 5k Haunt Jaunt. However, being a non-profit organization means that money for such events and initiatives must come from somewhere, and so things like the Haunt Jaunt are used to create a positive feedback loop in which residents donate money to partake in some community or city wide event, and in turn, that money is put back into the community.

While it may have began as a fundraising idea, the annual Haunt Jaunt has become much more for the people of Malden, as well as residents of neighboring cities who participate. FOOGI has been hosting the Haunt Jaunt for 9 years, a 5K race around Malden in which competitors are encouraged to, in the spirit of Halloween, dress in a costume for the event. While not mandatory, it is one of the things that differentiates this race from many others, and this is not foreign to those who participate. Many of the runners and those holding signs or offering encouragement were decked out with some very creative and elaborate costumes, showing off not only their running but also artistic prowess.

Beginning with registration at 10:30, the race was preceded by a performance of the National Anthem and a spectacular Lion Dance performance by Wah Lum Kung Fu and Tai Chi Academy. At around 12:00, after the performances had finished, th 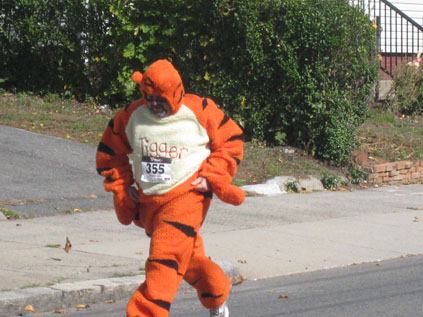 e clock was started and the runners were off, rounding the corner of Mountain Ave. and Main St. and heading towards the meat of the course, a lap around Forestdale Cemetery.

While the first place finisher, James Deluca, clocked in at just under 20 minutes, the majority of the participants came in a steady flow over the following 40 minutes, being cheered on by fellow competitors and bystanders alike. While finishers waited for the race to end and the award ceremony to begin, they were left to socialize in front of the Malden YMCA, the venue for the event.

Once all of the participants had crossed the finish line and the times had been recorded, President and Vice President of FOOGI Karen Colon-Hayes and Jackie Bouley began giving awards for best times in the represented age brackets, male and female, as well as best costumes in each of those age brackets.

While the race did lose steam towards the end compared to the beginning, with some of the runners leaving early to escape the chilly October air, FOOGI coordinators felt that, like previous years, this years race was a massive success, and an improvement on last years race and those before it, urging anyone 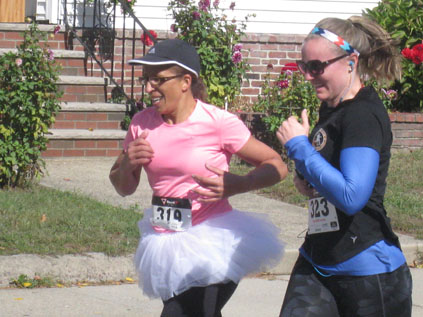 and everyone to come next year and help to continue its growth.