Locking Down the Competition

As the season has come to a close, the wrestlers of Malden High School bid farewell to their singlets and the mats. The team is coached by Jeremiah Smith, who is also the MHS Varsity boys soccer team. When asked which sport he prefers, Smith responded, saying that “they [do not] really compare because soccer is such a team sport [while] wrestling is completely the opposite [as it is] all about the individual.”

Seniors Johnny Pierre-Rene & Shaun Ahern are the captains of the team who, according to Smith, “provide good strong leadership” and without them “[they would not be]...where [they] are.” Smith admits the team has always “struggled with numbers,” but Pierre-Rene “feel[s] this season has had more guys participate” than in years past. Pierre-Rene has felt good about the season as everyone “listened to the coach” and “respected the captains,” as “they are the biggest,” Pierre-Rene jokingly added.

While the team struggled in the team competitions, Smith felt MHS has wrestlers “that are really successful in their own weight classes” in the individual part of the season. The team is full of “hard working guys that [are] dedicated to the sport and to themselves,” says Smith as he explains that “wrestling is of those unique sports where [it is] really about the individual rather than the team aspect.

With this being captain Pierre-Rene’s final year as a MHS wrestler, which he has been for all 4 years of high school, he feels grateful for the all the experience and technique he has gained. As captain, his goal was to “have the whole team improve individually,” and for himself, he wished to win Sectionals, which he proudly did, achieving first place.

As the season is over, the captains and the rest of the seniors have experienced their final year of high school wrestling. Pierre-Rene is proud to have led the team this year and glad his co-captain, Ahern, was leading it right with him, saying how 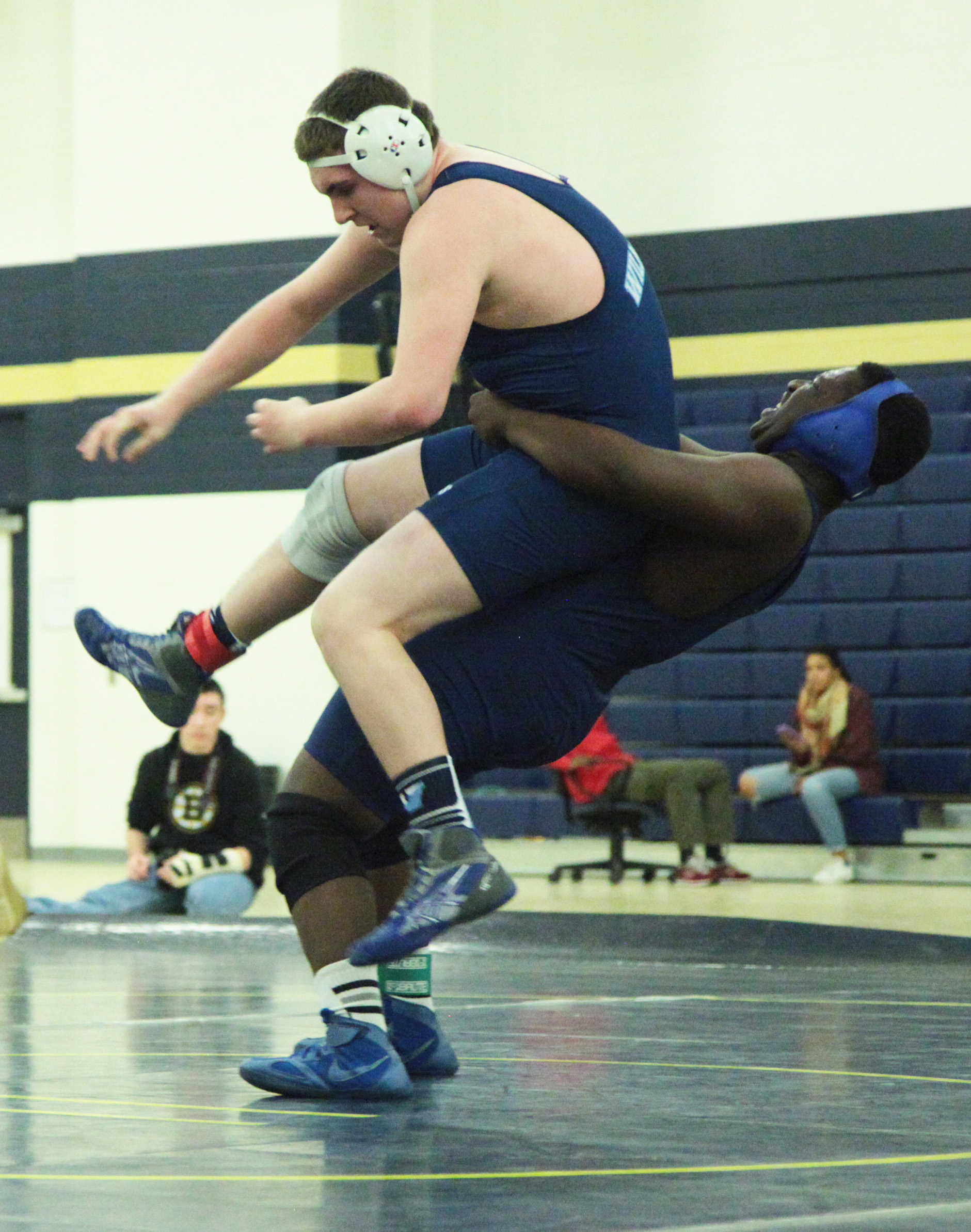 Ahern was “very good [as] he had a lot of techniques that [he did not] even know,”

Leaving the team and school is tough on captain Pierre-Rene, as he is going to miss the memories he has made with his team. From “beating up the coach” to ”messing around with the lightweights, Pierre-Rene made his mark on the team.

Smith is a very able coach, but is not without his own sentiments as he has enjoyed mentoring the athletes this season. For coach Smith, the “come-from-behind victory” against Saugus came to mind instantly when reminiscing his favorite moments this year for the team.  On that night, in order to win, the team “needed to win the last three matches” in order to defeat the Saugus Sachems. To Smith, that win was the most impressive of the season. Smith is very proud to have coached the MHS wrestling team. That pride is well-placed as senior captains Pierre-Rene and Ahern, and junior DJorggenson Exilhomme made it to the 2015 Wrestling Divisional States.

With the captains and seniors leaving this year, the underclassman have to step up to fill in the shoes left behind by the graduating class. As captains, for the future of the program, Pierre-Rene and Ahern hope for “someone good to take [their] spot [and for] everyone to take wrestling more seriously.”