When did you start playing field hockey? 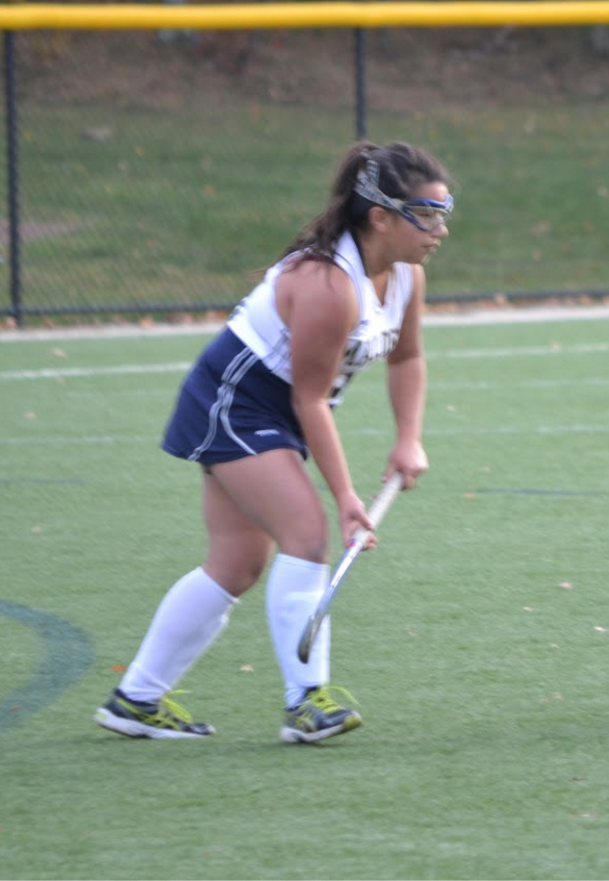 I started to play field hockey my sophomore year when I had just transferred schools.

What interested so much about this sport out of all the sports MHS has?

I started to play because Sam Dorazio, a former field hockey player, invited me to a practice [while] Deena Bello really showed me the ropes of how to play. There is so much to playing a sport, but when you're on the field with a field hockey stick and a ball, there’s something different about the game itself.

What thoughts does your mind go through during a game?

There's aggression, passion, and hard work built into the game and you push yourself to do your best possible and the mental barriers you use to have, begin to crumble and it's really a game of yourself and the ball while having an entire group of people on your team supporting you.

Out of the fifteen games, which game was your favorite and why?

My favorite game was the Haverhill game, in Haverhill [because] the team work that day was so spectacular. [Also, because] there was so much laughter, bonding, and it was so good to see how our teamwork had really persevered that day.

What do you plan on doing next year, after you get out of MHS?

Continue field hockey definitely! It’ll be rough because most of the colleges I’m looking at are challenging and are very competitive, but what Denna taught me three years ago is still with me! In college, I would like to pursue, political science. I really hope to land a career in the United Nations or as a diplomat.

REMM Boys Hockey Clash Against Somerville in a GBL Face-Off