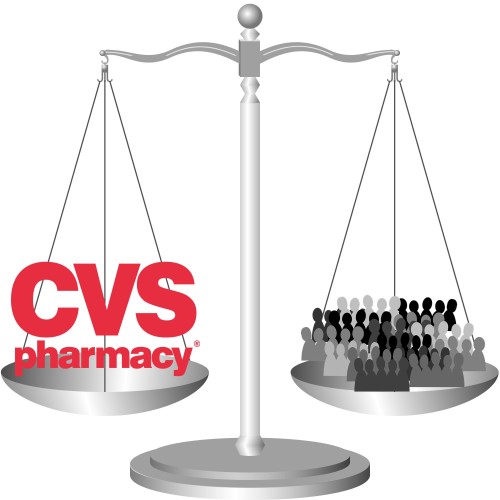 Much to the dismay of every driving Malden High School student, it has been decided that the empty building on the southwest side of the school (formerly a furniture store) is to become a CVS. This decision has caused a flurry of criticism, mainly from students who struggle to find a place to park their cars without being ticketed or towed.

The building of a CVS has received generally (if not unanimously) negative feedback from the students. In a city where finding an unrestricted parking spot is about as rare as finding a 500-carat diamond in the middle of the road, it is unsurprising that students are not enthusiastic about battling both city regulations and new CVS employees to find a place to park their car. Most of them have spent a great deal of time (and money) in driving school, so why can they not park where they want? More importantly, why would a CVS be a good idea in the first place?

Any resident of Malden, student or otherwise, would already be perplexed as to why CVS chose to ambitiously expand 1000 feet away from its Pleasant Street location. On top of that, there is also a newly renovated (and disturbingly large) Walgreens that is also 1000 feet away. Is Malden destined to become a commercial battleground for pharmacies?

Pragmatically however, the idea of a student parking lot is lofty at best. Think about it: if a major company like CVS is after this piece of land, it must be either (a) extremely valuable, or (b) so expensive that only a company like them could afford it. MHS already has trouble affording paper and printer ink, so how would they be able to drop a cool $2 million on an empty lot, and then gather up even more money to demolish the previous building, and turn it into a lot? The cost of purchase alone is staggering.

Another commonly cited argument is that students have a right to parking spaces. Unfortunately, any student who took Foundations of Law will tell you that that is not true at all. Schools are places where students’ rights are incredibly restricted, and I don’t mean that in a negative way. Yes, schools can search your locker without a warrant, and yes, you can’t bring a loaded shotgun to school, but I implore you to think about what would happen if you could.

In the landmark Supreme Court case Morse v. Frederick, a school was watching the Olympic Torch Relay pass through their city. During the passing (which garnered mass media attention, of course) Frederick unfurled a large banner that read “BONG HITS 4 JESUS”. Immediately, the school punished Frederick, who claimed that his First Amendment right to free speech was being violated. The resulting legal battle ended with Frederick’s defeat at the hands of the Supreme Court; the final decision was that, since the banner promoted drug use, and since the school’s mission included preventing drug use, Frederick’s suspension was justified and constitutional.

Relating back to the parking lot debacle, Morse v. Frederick shows that schools have legal powers that students must, at all (reasonable) times, respect. A parking lot is not a necessity. Student life will go on completely uninterrupted if a parking lot is not put into place. To counter Morse v. Frederick however, there is another similar case, Tinker v. Des Moines. This case featured a group of students who filed suit against their school district for attempting to punish them for wearing black armbands to protest the Vietnam War. Unlike Frederick, Tinker wasn’t causing a disturbance amongst other students -- if anything, he was promoting peace. The Supreme Court ruled that the armbands represented “pure speech” that was not associated with the actions of the individuals, unlike “BONG HITS 4 JESUS”. Will creating a CVS cause unrest and disorder over the limited parking opportunities? Or will it be silently dealt with, tolerated but not liked? While the idea of parking lot for students is extremely agreeable, we must be realistic in recognizing the monetary barriers and flawed arguments.

Op-Ed: Reflection on My Freshman Year

One thought on “CVS v. MHS: Is Parking Really a Right?”